In addition to place-selective firing rates, hippocampal neurons convey spatial information also via their precise spike timing in two ways. First, during theta oscillations the phase of the spikes is decreases in each cycle thereby providing a temporal code of space on a single neuron level and a population code of spatial topology on a population level. Second, during sharp waves, replay and preplay in the place cell population expresses sequences of activity resembling the topology of space. How both phenomena are modulated by behavioral and environmental manipulations and how different brain areas contribute to the temporal ordering in the hippocampus is largely unresolved. We analyse data from several in-vivo experiments to address these questions

In a virtual reality we perform in-vivo extracellular recordings of small neuronal populations in the hippocampus of behaving Mongolian gerbils (Meriones unguiculatus). This allows us to assess how multiple sensory modalities influence hippocampal place cell activity. 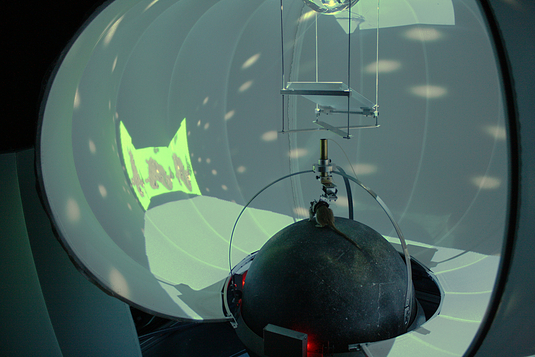